Halloween is a festival observed globally on 31 October as the eve of the Western Christian feast of All Hallows’ Day. This Festival was known in the beginning, as Allhalloween (All Saints Eve).

It begins with the three-day observance of Allhallowtide, the time dedicated to remembering the dead, including saints (hallows), martyrs, and all the faithful departed. (Fat Co).

It originated as the Eve of Samhain, the evening they believed that the spirits from other worlds (such as the souls of the dead) were able to visit the earth and roam about. It was first celebrated in Ireland and spread to the entire globe over time. Many individuals left Ireland in the 1800s to settle in America. They brought their Halloween costumes with them.

There, they constructed pumpkin Halloween lanterns, which became a permanent sign of the Halloween Festival.

Initially, in the west, Halloween costumes were terrifying, drawings used to ward off evil spirits or reconcile with death, respectively people often opted for more morbid, serious costumes than the pop culture ones of today. (Lesley B)

The culture of celebrating the Halloween Festival is Changed dramatically over time. It is dropping more towards parties, and character get-ups and bending towards business. For taking the form of a particular character on Halloween, prosthetic make-up is being used by partiers. Due to capitalism, prosthetic products are easily available in the market thus an old-fashioned festival is becoming a business, wrapping up every single nation in the sphere of consumerism.

Almost all Halloween rituals are derived from either ancient pagan culture or Western Christianity.

If a Muslim participates in it, it may be considered idolatry or Shirk from an Islamic perspective.

As a result, Muslims are not permitted to participate in Halloween celebrations, another form of Satan’s worship.

Recently it is also arranged in the Holiest Land of the Islamic World i.e. Saudi Arabia. Islamic intellectuals criticize the celebration of Halloween in the Middle East, which is launching the fear of a soulless and consumption-driven global business, overwhelming Muslims more. This fascinating new phenomenon is sweeping the Islamic values, demonstrating the capacity of Satanic tradition not only to adapt, but also to take advantage of the global popular cultural styles. This is the phenomenon, so-called “Islamic pop”.

The word Halloween does not appear in the Quran (not even in the Bible), but it rejects all the belongings (Festivals and costumes) of Polytheism/Paganism. Also, Quran give Islam a superior ruling over all the previous montheism/Tawheedi Religions (Psalmism, Christianity and Judaism). Halloween was originally a pagan festival prior to Christians incorporating it, and that it is purely associated with “dark arts” (Satan worship). Remember it is not just a festival of giving candy to a child but originated from a Pagan’ religion. You can give candy to a child whenever you want regardless of any fixed date and time.

When it is said to them, “Come to Allah’s revelations and to the Messenger,” they reply, “What we found our forefathers practicing is good enough for us.” ˹Would they still do so,˺ even if their forefathers had absolutely no knowledge or guidance?

We have revealed to you ˹O Prophet˺ this Book with the truth, as a confirmation of previous Scriptures and a supreme authority on them. So judge between them by what Allah has revealed, and do not follow their desires over the truth that has come to you. To each of you We have ordained a code of law and a way of life. If Allah had willed, He would have made you one community, but His Will is to test you with what He has given ˹each of˺ you.

Has the time not yet come for believers’ hearts to be humbled at the remembrance of Allah and what has been revealed of the truth, and not be like those given the Scripture before—˹those˺ who were spoiled for so long that their hearts became hardened. And many of them are ˹still˺ rebellious.

In America, Halloween is the second most expensive holiday following Christmas. According to investopedia, Americans spent $10.14 billion on the spooky holiday in 2021, a new high, with an expected $10.6 billion spent in 2022. Due to the increasing demand for Halloween costumes, the growth of plastic usage has also increased. An estimated 2,000 tons of plastic waste equivalent to 83m bottles will be generated from throwaway Halloween clothing sold by leading retailers in the UK this year, a research by HUBBUB suggests. Quran says

O Children of Adam! Dress properly whenever you are at worship. Eat and drink, but do not waste. Surely He(Allah) does not like the wasteful.

Give to close relatives their due, as well as the poor and ˹needy˺ travellers. And do not spend wastefully.

Islam and Quran both are explicitly prohibit the wasteful orthodox traditions that are nothing but time investing to vain. Also, the Quran provides a new way of living, an Islamic living, that supersedes all the fore-nations; their traditions, customs and festivals.

Prophet Mohammad PBUH prohibited any festival of other religion and fake theology. Also He PBUH urged His companions to stick to Islamic teachings rather than invent new matters and costumes.

“The Prophet (ﷺ) said: He who copies any people is one of them.”

“You must keep to my Sunnah and the Sunnah of the Rightly Guided Caliphs; cling to it firmly. Beware of newly invented matters, for every new matter is an innovation, and every innovation is misleading.”

Almost all Halloween rituals are rooted in either ancient pagan culture or Christianity. From an Islamic perspective, these are all types of Polytheism or Paganism (Shirk). Halloween celebrations are associated with rituals that enrage Allah. Islam promotes the concept of conscious life, and its introduction served to purify ignorant and superstitious traditions. Every Muslim parent owes it to their children to teach them not to emulate others’ pointless practices and celebrations.

What To Learn from Eid Ul Adha and Hajj? 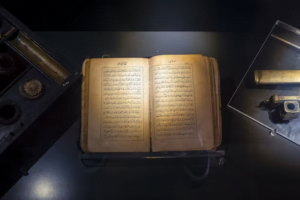 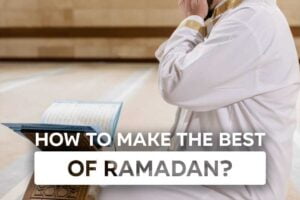 How do Kids learn the Quran Online?